Choose your army and start conquering 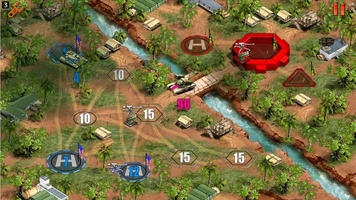 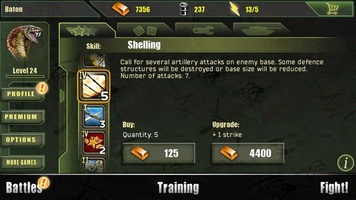 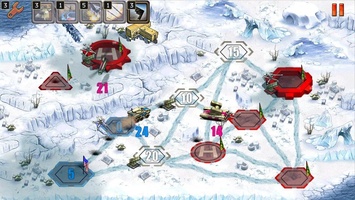 Advertisement
Modern Conflict 2 is dynamic strategy game where players have to try to conquer their enemy’s bases by sending a constant stream of troops while simultaneously defending their own bases from enemy assaults.

You can customize the units that make up your army, taking into account that some are more efficient than others in certain situations. For example, you won’t get the same results when attacking a turret-defended position with tanks as you would with helicopters.

Once you're in battle, Modern Conflict 2's gameplay is very simple: send your troops towards enemy bases to try to conquer them. The key is to not do it haphazardly, but rather think out what your strategy is and then try to carry it out.

In Modern Conflict 2 you can play against the AI on more than 100 different maps as well as play against other human players.

Modern Conflict 2 is a simple and to-the-point strategy game that lets you play quick 5-minute rounds at any time. A great game for Android devices.
Reviewed by Andrés López Translated by Stanislav Sousek
Advertisement

Requirements
Requires Android 2.3.3 or above

Why is this app published on Uptodown?
(More information)

There are opinions about Modern Conflict 2 yet. Be the first! Comment

Evil Nun
Survive and escape from the clutches of an evil nun
Krrish 3: The Game
The official game of the Indian blockbuster
Minecraft Pocket Edition 2018 Guide
Basic information on Minecraft Pocket Edition
Galaxy Attack: Alien Shooter
An old-school alien killing game
Hago
Play tons of minigames online
Rolling Sky
Avoid the obstacles and make it to the end of the level
Ben 10 Xenodrome
An arcade game based on the cartoon TV show Ben 10
Car MOD For MCPE minecraft!
Add all kinds of vehicles to your Minecraft game!

Sea Big Bang
Try to match up all the balls in this puzzle
Lunch Rush HD
Think you can run a restaurant this busy?
Baby Panda's Life: Cleanup
Have fun cleaning the house with Baby Panda
Countryside Jigsaw
Cinderella
Stop being the maid and become the belle of the ball
Dragon Boy
101 Kids Puzzles
Burraco e Pinelle Online
Italian card game